The sun was slowly hiding behind the horizon. We were driving an empty road, US-491 N. Suddenly, like a mirage, from the flat, dusty New Mexico desert raised the mysterious rock formation. It looked like the wreck of a vast ship that sea washed ashore. It was a famous Shiprock formation. So, we decided to stay overnight in Farmington to visiting Shiprock in New Mexico the next day. As always, we share our tips and impressions from this fantastic and he Navajo Nation saint place.

This article may contain affiliate / compensated links. For full information, please see our disclaimer here.
Table of Contents show
1 What is Shiprock New Mexico?
1.1 Name of the rock
1.2 Size of the Shiprock in New Mexico
1.3 Navajo Nation
1.4 Shiprock Geology
1.5 Climbing Shiprock
1.6 Movie Appearance
2 Where is Shiprock?
2.1 How to get to Shiprock Peak from Farmington?
2.2 How to get to Shiprock Peak from Four Corners Monument?
2.3 The best visibility of Shiprock
3 Where to stay when visiting Shiprock in New Mexico?
4 Nearby Attractions
4.1 Hiking in Bisti Badlands
4.2 Visit Four Corners Monument

What is Shiprock New Mexico?

Name of the rock

Shiprock (Ship Rock) in Navajo language is Tsé Bitʼaʼí. Which means “rock with wings” or “winged rock.” And it refers to the legend of the great bird that brought the Navajo from the north to their present lands, to the Four Corners region. When you use your imagination, Shiprock, viewed from certain angles, resembles a large sitting bird with folded wings. The north and south summits are the tops of the wings.

Size of the Shiprock in New Mexico

This striking volcanic plume was formed around 30 million years ago, developing as a plug within the vent of an active volcano. The rock formation is rasing nearly 1,583 feet (482.5 m) above the high-desert plain of the Navajo Nation in San Juan County, New Mexico.
Shiprock peak elevation is 7,177 feet (2,187.5 m) above sea level. The rock formation has 27-30 million years old.

The Navajo Nation governs the Shiprock formation. Most important to know is that it is a sacred place. Since 1975, Shiprock is a National Natural Landmark. Moreover, it is the most prominent landmark in northwestern New Mexico. It is in the Four Corners region, so it’s a perfect idea to add Shiprock to your road trip plan if you are going to Four Corners Monument. Furthermore, rock plays a significant role in Navajo religion, myth, and tradition. It is located in the center of the area occupied by the Ancient Pueblo People, a prehistoric Native American culture of the Southwest United States often referred to as the Anasazi.

Are you interested in Ancient Pueblos & the Native American community in New Mexico? Check our related posts about famous Taos Pueblo and about Bandelier National Monument

The Shiprock is a monadnock, an isolated rock hill that rises abruptly from a virtually flat surrounding.

Shiprock is composed of fractured volcanic breccia and black dikes of igneous rock called Minette, or lamprophyre. It is the erosional remnant of the throat of a volcano. The rock probably was initially formed 2,500–3,000 feet (750–1,000 meters) below the Earth’s surface, but it was exposed after millions of years of erosion.

Shiprock is the exposed neck or throat of a long-vanished volcano, which is the solidified feeder pipe of the volcano that erupted over 30 million years ago. At that time, lava or molten rock came up from the Earth’s mantle and was deposited on the surface of the mountain. Evidence suggests that the lava explosively interacted with water and formed what geologists call a diatreme or a carrot-shaped volcanic vent.

The first ascent took place in 1939 by David Brower, Raffi Bedayn, Bestor Robinson, and John Dyer. But a climber tragic accident in 1970 caused the Navajo Nation to ban rock climbing not only on Ship Rock but on all Navajo lands. For Navajo Nation, it was a curse. So, similar to other cultures around the world, rare rock formations are considered mystical and not to be climbed right now.

How to get to Shiprock Peak from Farmington?

How to get to Shiprock Peak from Four Corners Monument?

From the Four Corners Monument, you have two options. The shorter route leads through US-64 E and is 35 miles. It takes around 50 minutes drive. The longer route we have chosen leads through US-160 E and US-491 S. the length of the road is about 55 miles and about a 1.5 hour drive.

Our favorite NM maps and guides:

The best visibility of Shiprock

Visiting Shiprock in New Mexico is not easy. However, Shiprock Peak is visible 30 to 50 miles from the peak, in almost every direction. But best viewing is west of Farmington along Hwy. 64 or south of Shiprock on Hwy. 491.

It’s not legal to get to the base of the rocks as it’s a sacred place for the Navajo Nation. We admired it only from a distance, and the same we recommend to you.
To get the base of Shiprock for an up-close view, turn west off Hwy. 491 onto Red Valley Road / Route 5, south of the formation. Route 5 passes through the south dike and connects with dirt roads that lead to the base of Shiprock’s peak. But check if the road is open for tourists on the Navajo website. During our visit, it was prohibited, so we took photos from a distance. We admired the pinnacle from the Indian Service Route 13 and US Highway 491.

According to the Navajo Nation website, driving onto the dirt road leading to the formation is prohibited, so respect their rules. You can view and photograph the pinnacle from the paved roadway (Indian Service Route 13 or from US Highway 491). So, when you visiting Shiprock use the zoom to take great photos, as we did. We used Nikkor 80-400 and Canon 24-70 to make our photos from a distance, to respect their rules.

Where to stay when visiting Shiprock in New Mexico?

The Navajo Nation prohibits camping in the area. But visiting Shiprock is worth your time. So, the best idea is to stay in Farmington. Check availability and prices on booking.com.
We stayed in Best Western Plus the Four Corners Inn, and we can recommend it. It has high standards, spacious, clean rooms, and excellent service. The hotel offers classically furnished rooms with free Wi-Fi and a cable TV. It features an indoor pool and a relaxing jacuzzi. You can book it directly through the Best Western website.

You will also find shops and restaurants in Farmington. Furthermore, it’s a great base not only for visiting Shiprock but for exploring this part of New Mexico.

Visiting Shiprock in New Mexico takes you a few hours. But, as we mentioned above, Farmington is a great base for exploring the area, so it is worth considering this city to stay in it for 2-3 days. What are the best nearby attractions?

You can combine visiting Shiprock in New Mexico with the Four Corners Monument. The Four Corners Navajo Tribal Park is the unique landmark in the United States where four states intersect at one point: Arizona, New Mexico, Utah, and Colorado. So, it is possible to be in four states in one day!
The original marker erected in 1912 was a simple cement pad but has since been redone in granite and brass.

The park is open year-round and features a demonstration center with Navajo artisans. Furthermore, Navajo are selling handmade jewelry, crafts, and traditional Navajo foods there.

The Four Corners Monument general admission is $5.00 per person. For ages six or younger is free. National Park and Golden Age Passes are not accepted. No dogs allowed. More information you will find on the Navajo Nation website.

Check our detailed New Mexico Photography & Travel Guide, where you can find the most exciting & must-see places in New Mexico!
Share on TwitterShare on FacebookShare on EmailShare on WhatsAppShare on RedditShare on TelegramShare on Pinterest 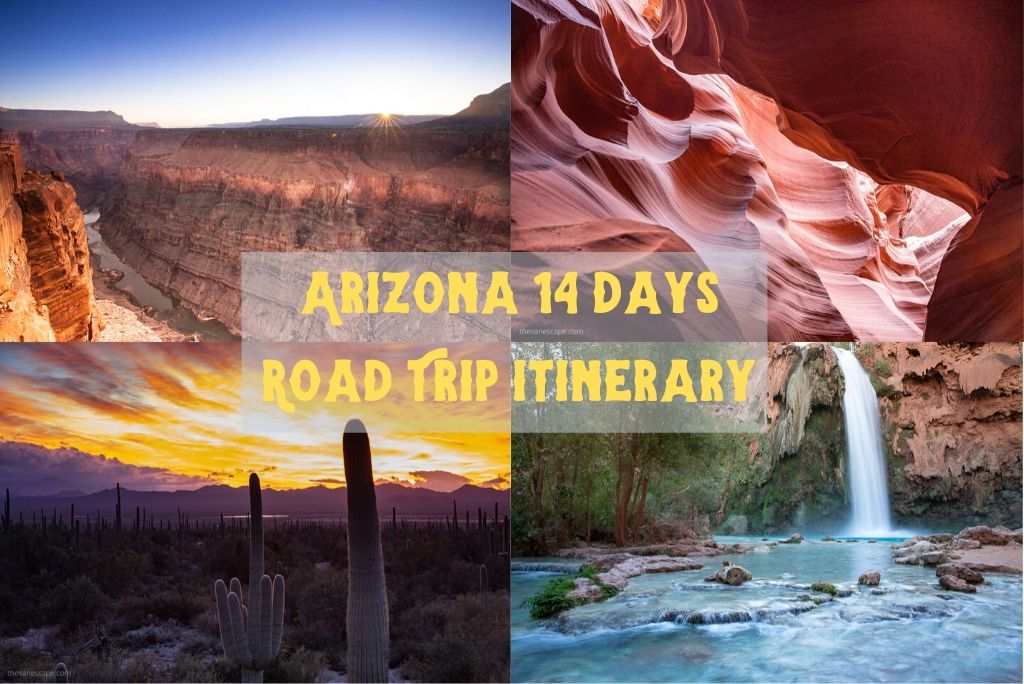 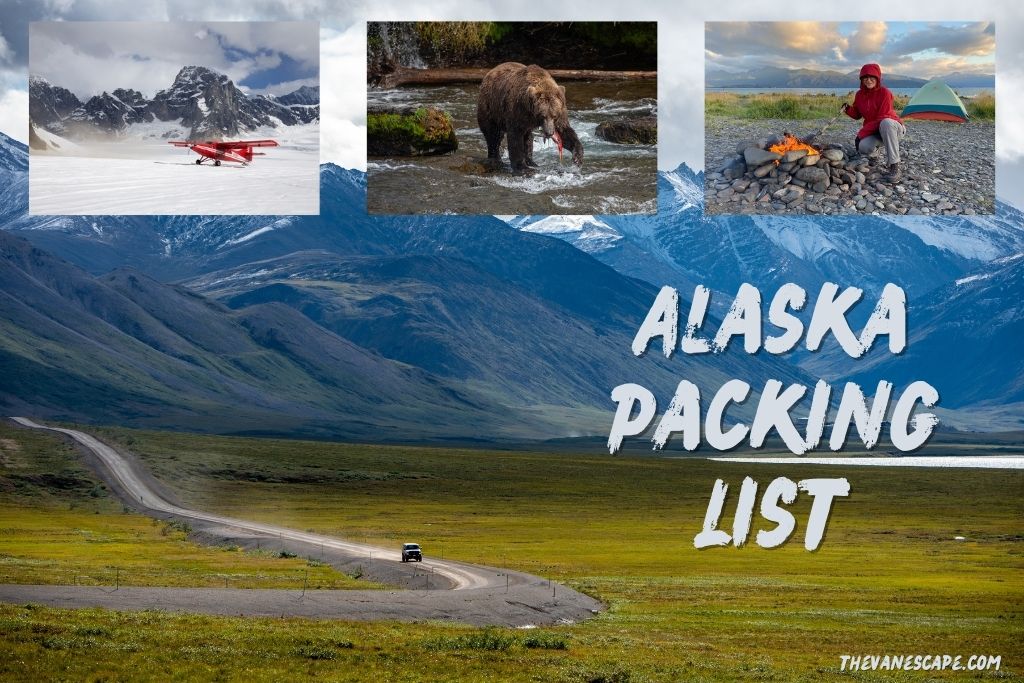