McCarthy, Alaska, is a small town forgotten by the world and hidden in the Alaskan mountains. It’s located in America’s Largest national park, Wrangell—St. Elias National Park and Preserve. It’s close to Kennecott Copper Mine. We got there accidentally and suddenly discovered its charm. The Hearts Gone South band performed that day in the New Golden Saloon, and my heart stayed in McCarthy forever.

„(…)All your begging and your pleading
it ain’t gonna change my mind
so you can go on and kiss the girlie that you got on down the line
you can go and say goodbye, to everything we had
cuz boy, your actions have got me hopping mad…”*

Our Story with the Hearts Gone South in McCarthy Alaska

We were in a remote, almost abandoned town – McCarthy Alaska. In our ears sounded the melody of the original The Hearts Gone South country song. The Golden Saloon was completely empty when we crossed its doorstep early afternoon. Suddenly it started to slowly fill up with the local audience. And even with four-legged friends. If you consider that only a few dozen people live in the town, we appreciated the company of dogs. After a couple of cheap local beers, the atmosphere got more cheerful. Everyone knew each other perfectly. Dances in the rhythm of country music began. The band from North Carolina made exceptional and very natural contact with the Alaskan audience.

It was too bad to leave this place. One of the most magical places in Alaska! And we were planning to get there only for 5 minutes …. But our plans turned out wrong, and we changed our minds… Only a few dozen residents live in McCarthy and several houses. We wanted to get there on the way back from the famous Kennecott Copper Mine to take a couple of photos. The abandoned mine is 5 miles from McCarthy.

Read our post about the abandoned Kennecott Copper Mine!

Hearts Gone South is a great band. They play original country and honky-tonk songs in the classic style, full of heart and soul, spiced with wit and wistfulness. They bring fire and emotion to age-old stories of heartbreak, love, and the underdog’s victory. The band members are from Asheville, NC, and hail from both sides of the Blue Ridge. Hearts Gone South has an insane sound that will make you want to run over the ridges and howl at the moon. They play and sing old-school style, expressing the range of emotions that make up the human experience. So far they have released two albums, Little Things and Nothing Left to Burn. Hearts Gone South’s frontwoman, Tricia Tripp, has amazing charm and energy. She enchants with her vocals. The band also consists of JP Parsons (guitar), Casey Saulpaugh (pedal steel), Scott Thomas (drums), and Landon George (bass). 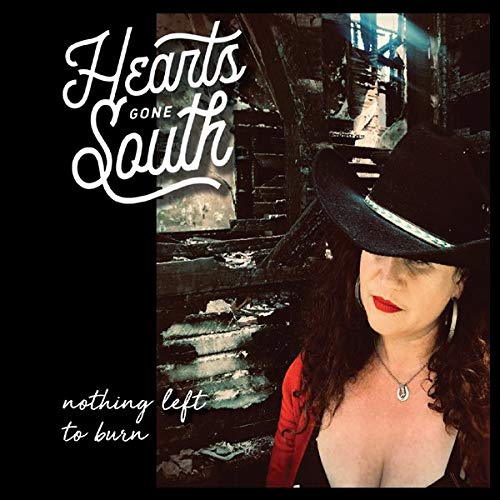 Nothing Left to Burn
Check on Amazon

TRIP TIP: The best places & photo locations in Alaska you will find in our Alaska Travel&Photo Guide.

It’s worth visiting McCarthy, Alaska. You can admire the town’s buildings: Johnson’s Historic Hotel and The Golden Saloon. And most of all, the town is magic! But with a dramatic story, unfortunately. Abandoned wooden houses, hidden in a deep forest, in the mountains, far from civilization, whispered about the old days …

McCarthy lies 5 miles from the Kennecott/Kennicott Mine (Kennecott Copper Mine). The story connects these two places – Kennicott is a ghost town, Kennecott is an abandoned mine, and McCarthy has a year-round population of just a couple of dozen people. Our previous post about the fabulous Kennecott mine, described getting to McCarthy, Alaska. 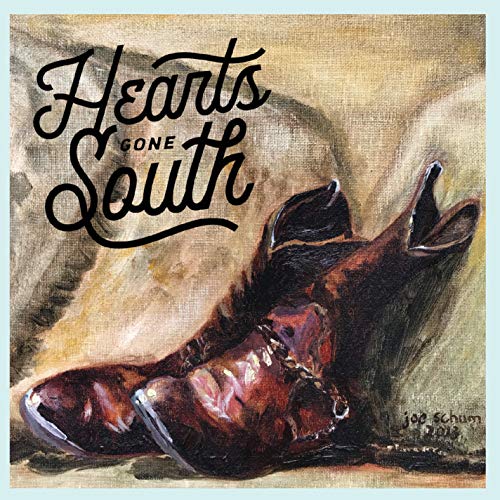 The Kennecott copper mines and camp were established about 1908 across from the Kennicott Glacier, five miles north of McCarthy, Alaska. An early misspelling named the mine and mining company Kennecott. The town, river, and glacier are spelled Kennicott.

In 1911, the Copper River & Northwestern Railway carried its first carload of ore from Kennecott to Cordova. No gambling or drinking was allowed in the town of Kennicott. Nearby McCarthy Alaska developed as a colorful diversion for the miners as a place where miners could enjoy “wine, women, and song.” It provided a newspaper, stores, hotels, restaurants, saloons, a red-light district, housing over 800 residents. McCarthy Alaska has become a center of entertainment and life for the mine workers.

Kennicott became a company town with homes, a school, a hospital, a gym, a tennis court, and a silent movie theater. Over its 30-year operation, $200 million in ore was extracted from Kennecott. It was the richest concentration of copper ore known in the world. In 1938, the mines closed, and both towns were abandoned.

Many buildings from that era are still used in McCarthy, Alaska, and are listed on the National Register of Historic Places.

The population of McCarthy and Kennecott fell to almost zero until the 1970s, when the area began to draw young people from the many who came to Alaska in the ’70s for adventure and the big money of the Trans Alaska Pipeline project. In the ’80s, after the area was designated, Wrangell-St. Elias National Park (1980), began to draw some adventurous tourists to the new national park. The few people that lived there began to provide various tourist services. At least one family has been living in the McCarthy area since 1953.

The development and increasing popularity of Wrangell-St. With Elias National Park and Preserve, the rage in McCarthy is getting better, and more adventure lovers visit the town. The area teeming with life during the tourist season between June and September. McCarthy is the perfect base to start your trek in America’s largest national park. You will also find several specialist companies that will help you through unforgettable adventures.

In 1984 vast tragedy happened. In an attempt to disrupt the Alaska pipeline, 39-year-old Louis D. Hastings, armed with a rifle, murdered six of the 22 citizens of McCarthy on March 1, 1983. He also wounded two people. In July 1984, Hastings was sentenced to 634 years in prison. This case and the town of McCarthy were featured in the Discovery Channel’s episode “Frozen Terror,” about the freezing killers of Alaska.

This tragedy is still alive in the memory of the area’s people.
We walked between wooden houses, shocked by the history of this place. Abandoned old cars stand on the side of the road as flower beds. Wooden abandoned houses threatened with emptiness and fluttering with torn curtains. A few buildings are only inhabited. They are colorful and finished with artistic decorations. They attract attention. We enjoyed the silence and beauty of this place.
For us, McCarthy is an absolutely magical place that we highly recommend!

Before you go to McCarthy Alaska– Practical Information

How to get to McCarthy, Alaska?

Read our previous post about Kennicott Abandoned copper town because the story connects both towns, and we share practical tips about the area.

Getting to McCarthy town is an adventure in itself because the 60 miles long gravel McCarthy Road is challenging. However, it is worth the effort. The city is located among the mountains and glaciers of the largest national park in the USA – Wrangell-St. Elias National Park and Preserve. The drive is approximately 7 hours from Anchorage and 8 hours from Fairbanks, and the final 2-3 hours are on the scenic, rugged McCarthy Road. Only a few rental companies allow you to travel this gravel highway with their cars. One such rental is Alaska Auto Rental, which we recommend and whose review you can read in our separate post. We highly recommend this rental company.

When planning our dream trip to Alaska, we used the following books:

Where to stay and where to eat in McCarthy, Alaska?

In McCarthy, you will find lodging, restaurants, a saloon, essential services, the fascinating McCarthy-Kennecott Historical Museum, and outfitters that will take you on a range of activities, from glacier trekking through whitewater rafting to flight-seeing trips to the national park.

We highly recommend The Golden Saloon with great food, an authentic atmosphere, and Alaskan-made draft beers.